In the midst of the Cold War, American Bobby Fischer is lined up to play Russia’s Boris Spassky in the 1972 World Championship in Reykjavik, the chess equivalent of the prize fight of his life. The room is set up with two lightly upholstered wooden lounge chairs with a huge chess board between them specified by Fischer and flown in from England.

But there is a problem. The chairs are uncomfortable. Like Salome calling for Moses’ head on a plate, Fischer refuses to play until the Time-Life Lobby Chair with its 11.4-centimetre (41/2-inch) deep foam cushion, adjustable seat height and tilt-swivel mechanism is flown in. 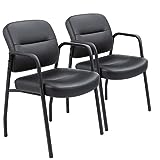 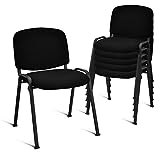 The Time-Life commission came a year after Charles Eames asked chairman Henry Luce if he could use photographs gratis from the company archive for a film they were putting together that depicted life in America for Russian visitors to the American National Exhibition in Moscow.

Eames made good on his promise to return the favour the following year by agreeing to design the interiors of the ground floor of the newly built Time-Life building at the Rockefeller Center. Ensuring the place also became a showroom for Eames furniture, new chairs including the La Fonda were introduced for Time-Life’s restaurant, as well as the Eameses’ walnut stools.

But it was the chair Eames employee Gordon Ashby had helped the Eameses to perfect, with three plump, buttoned leather cushions joined together with aluminium side frames, that received the most adulation.

This supremely comfortable chair with its adjustable seat height, tilt-swivel mechanism and five-star base, made available with the option of casters or glides, was catnip to Time-Life employees. After hearing they were disappearing from the lobby and heading upstairs in the lifts, Luce was forced to order chairs for every executive floor of the building.

But back to the match. After a slew of soul-destroying tactics from Fischer, including complaints about camera noise, orange juice not being cold enough and a change of rooms, the president of Iceland’s Chess Federation, Gudmundur Thorarinsson, decides it would look better if Spassky and Fischer have the same chairs.

Another Time-Life Lobby Chair is taken to JFK airport in a limousine, put aboard the first flight out at 19:30 on 11 July, to arrive in Reykjavik in time for the second day’s play. However, once the chair is installed and Spassky has played a few wrong moves he starts to imagine the Americans have implanted something to invade his mind or expose him to radiation.

The match ends with Fischer snatching victory from the jaws of near defeat, securing a huge psychological victory over Russia and the best bit of marketing Herman Miller could have hoped for.