Logitech G and Herman Miller have jointly unveiled a series of high-performance gaming furniture and accessories, including the Embody Gaming Chair.

Together, the two companies spent nearly two years studying esport pros and players around the globe to understand their needs.

The more research Herman Miller and Logitech did with the gaming community, the more they found that players took a variety of postures in chairs without noticing the negative impact it had on their performance and potential damage to their health over time. 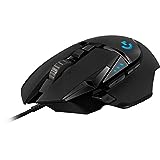 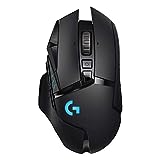 While several of Herman Miller’s chair designs were tested with gamers, Embody was chosen as the perfect platform to build a gaming chair from.

The original Embody was designed with the input of more than 30 physicians and PhDs in biomechanics, vision, physical therapy and ergonomics. Herman Miller has taken this base chair one step on and researched in particular how gamers sit. They have used this knowledge to work in conjunction with Logitech G and enhance the original Embody design.

A typical esports athlete and streamer are seated at their desk upwards of three times as long as a typical office worker. In addition, a large number of gamers expressed widespread dissatisfaction with the comfort and ergonomics provided from traditional gaming chairs that typically focus on aesthetics, as there is a significant decline in performance due to the physical challenges that come from repetitive motion injuries.

This Embody, the first gaming chair from Herman Miller and Logitech G addresses all of those needs and more. The Embody Gaming Chair allows gamers’ bodies to be properly aligned, balanced, and comfortable.

A number of enhancements were made to get there, including cooling foam with copper-infused particles that support the ideal gaming posture and reduce heat build-up caused from sitting on thick cushions for a prolonged period of time, and pixelated support, which distributes weight evenly to reduce pressure and encourages movement. These features are crucial to maintaining healthy circulation and focus.

In addition to the Embody Gaming Chair, the companies introduced the Herman Miller Motia, Ratio, and Nevi Gaming Desks. The perfect complement to the Embody Gaming Chair in both aesthetics and functionality, these new gaming desks encourage regular movement and allow users to switch between different postures to adjust to gamers’ playing styles, increasing energy and efficiency. The enhanced desks feature a matte black anti-smudge and anti-glare finish, which can be found only on the gaming desks.

Both products can be paired with the matching Ollin Gaming Monitor Arm, which supports a range of monitors and laptops of various weights and sizes. The arm has a wide range of motion, allowing gamers to position their screen wherever makes them the most comfortable, encouraging a healthier posture when gaming. 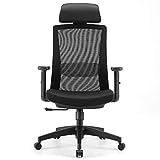 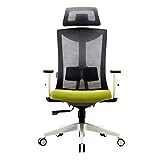 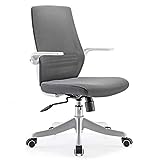